The book tells the story of a boy who wanted to make friends but could not because of his way of being and the incorrect ways of relating to his colleagues. One day, he magically met the A to Z Friends Club, which showed him how to develop and maintain lasting friendships. From then on, he knew the value and happiness of having friends. 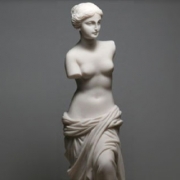 Aphrodite were a Goddess of Mythology; she surely is the most powerful deity on Earth. And to her power, no man resists and many of them do real crazy things for her. Her power was never overcome Aphrodite herself. Aphrodite is
the Goddess of love, body beauty and sex in mythology, with extraordinary powers of sensuality, fertility, love, beauty, attraction, and lust, exerting a strong influence on people's sexual development and pleasure and total power
over men. Aphrodite was a Goddess of Greek mythology with an overwhelming character. She had several gods and mortals as lovers and is represented as an attractive and voluptuous woman. The Goddess Aphrodite gave all women the power of attraction and seduction of men. And for all women, Aphrodite gave this power in an incredibly special way, making it an ‘irresistible trap’ for men, especially in the workplace. Since the early days of human civilization, The Power of Aphrodite has proven to be one of the most powerful on the face of the Earth. For her, kings, companies´ presidents, businessmen, politicians, powerful men, celebrities in the arts and sports and the most common of mortals lose their heads, their freedom, fight wars, compromise their careers, break marital ties, and even sacrifice their lives. And, in the work environment, this truth is strongly present and, not infrequently, interrupts successful careers and causes serious organizational and labor relations problems. Discover a series of situations based on real events that demonstrate how categorized employees of companies, in particular, gave in to this irresistible power, what its consequences were for the organizations and problems they had to face. Stay alert! Sooner or later, you too may be tempted and succumb to The Power of Aphrodite at work! This could be fatal for your career and your family. However, if you are unable to resist, do so with an awareness of the potential pleasures and problems that lie ahead. In the final part of the book you will find a test to know your degree of worship to the Power of Aphrodite. 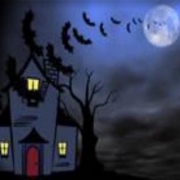 The book tells the story of Elizabeth, Jennifer, William, and Robert, four friends who saw their playing routine change when a strange and sinister family moved to an abandoned house on the corner of the square and the street of the cemetery. The children's parents banned the approach to the mansion because of the dangers it could
present. Beggars lived there, as well as animals like rats, spiders, and scorpions. The mysterious couple had two children, Vladimir, and Norma. Various events and coincidences led the children to believe that it was a family of vampires. Although scared, they set out to demonstrate this, and the story unfolds into adventure, suspense, and mystery, until it all clears up in a surprising ending.